Most homeowners don’t consider their cooling system as an item that people will be intrigued to steal. But thieves may target your air conditioner system next due to the shortage of copper in the global market and the increase in demand for copper.

How Thieves are Benefited from Your Stealing AC

When thieves steal an AC, often, they want the copper inside the cooling system. For this, they take the AC system to a scrapyard and extract the copper.

Usually, thieves get around $70 to $100 per AC unit by selling coppers. Whereas, homeowners lose thousands of dollars buying a new AC system.

You may think, does the scrapping company ask the thieves about where the AC came from? No, they don’t ask thieves about the source. They just require the EPA and driver’s licenses.

As I mentioned earlier, there is a global shortage of copper, which means that there will be more incentives for selling copper. As a result, the probability of your AC getting stolen is a lot higher now.

2. Use Surveillance or Security Cameras

You can use surveillance cameras to protect your cooling system from thieves. Besides, security cameras will give you overall house protection as well.

When there are surveillance cameras in a house, thieves will think twice before stealing AC from your house. Because they know that they are being watched, and even if they steal your AC, you can share the footage with the police and catch the thieves.

3. Add a GPS Tracking on the Air Conditioner

Usually, this GPS tracking method is used by builders on big home appliances. It is also effective when the house is vacant. When the homeowners arrive, builders remove the GPS tracker from the appliances and hand over everything.

But you can add a GPS tracker on your AC on your own, and if the AC gets stolen, you can track down the thieves and get your cooling system back.

4. Lock Your House Gates or Fences

Lock your gates – it’s a no-brainer. But often, homeowners forget to lock their gates and put their property at risk. Also, it’s found that the majority of the homeowners whose cooling systems were stolen kept their property gates open. As a result, thieves could easily get into the house and steal the HVAC system. That’s why, before going to bed or leaving the house, you’ll have to ensure that the fences or gates are properly locked.

5. Add a Cage or Grill Around the AC Unit

One of the best ways of protecting your cooling system from thieves is by adding a cage around it. Usually, when there is no physical barrier around the AC, it gets easier for the thieves to steal your AC. But when there is a cage, to steal the cooling system, thieves will first have to break the cage and steal the unit, which is a lengthy process.

You can use custom-made steel cages or ready-made steel cages to protect your AC. However, while adding a cage around the AC, you’ll have to ensure that the AC has enough space for airflow. Otherwise, it won’t get enough air supply, which will lower the AC efficiency. 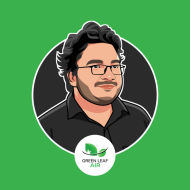 0 thoughts on “5 Ways to Protect AC from Thieves”